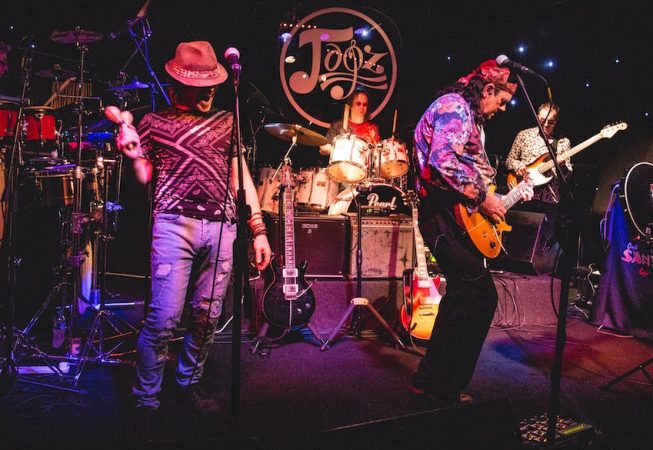 Close your eyes and you can’t tell the difference, said one promoter. The best tribute I’ve seen, said another.

It isn’t just authenticity and musical excellence they’re talking about. It’s the passion, the excitement. With Oye Santana, every track is a fiesta, every performance is a show.

What makes Oye Santana so good? First of all the music. There’s a treasury of more than four decades of Santana catalogue to draw on, and every number in our set is a gem in its own right. Then there’s the musicianship.

But playing the right notes is only a start. There’s much more to being the Best Santana Tribute in the World. There’s the passion. Carlos Santana’s guitar playing is instantly recognisable not just because of his tone or his trademark licks, but because of the emotion he puts into every note he plays. We’ve got that covered. There’s the good-time feel. Every track is a fiesta – come and dance, come and party. We’ve got that covered too. And every Oye Santana performance is a show, a visual feast of lights and action that will have you singing along, smiling along and dancing along from the first chink of a tambourine to the explosive finale.