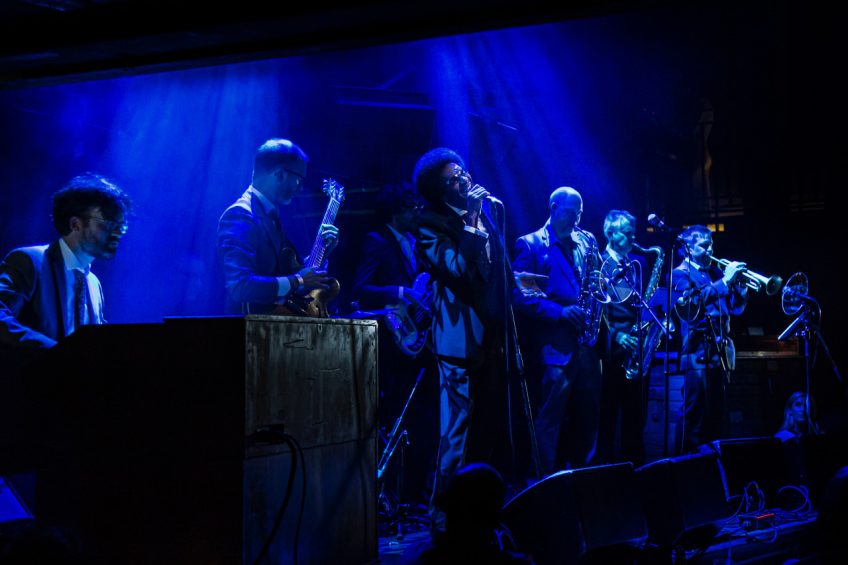 Originally commissioned by Soul Cookers Records for Saint Paul Soul Jazz Festival, this show pairs award winning soul singer Reuben Richards with Hammond and horns from The Jezebel Sextet. The result is a truly uplifting show steeped in 1960s soul that’s guaranteed to get you on the good foot.

You’ll hear 20 Otis Redding classics including My Girl, Mr Pitiful, Hard To Handle, Love Man, Try A Little Tenderness and Sitting on the Dock of the Bay – all performed by an incredible 8-piece band.

This show has built a fanatical following touring all over the UK and Europe selling out top London venues such as The Jazz Cafe, Pizza Express Dean Street, and The Hideaway.

London’s original soul man Reuben Richards is an award winning singer who’s performed all over the world and gained widespread recognition for his Otis Redding inspired vocals. One of his early singles ‘Hold On My Heart’ drew praise from former Atlantic Records boss Jerry Wexler. Reuben subsequently performed with Stax/Otis Redding’s guitarist and songwriting partner Steve Cropper. In 2016 Reuben released his debut album ‘About Time’ which was BBC Radio 2 Album Of The Week alongside his single ‘ASAP’ which was also BBC Radio 2’s Record Of The Week. Reuben went on to achieve his highest accolade when he was awarded ‘Best Soul Singer 2016’ presented by Jools Holland at the Boisdale in London.

“The influence of Ray Charles and Otis Redding oozes from every note”. – Uncut
“Richards has a crunchy, scrunchy sub-Otis bawl that would have sounded dandy in front of the MGs”. – Independent on Sunday
“Reuben’s voice runs from breaking & emotional to Pickettesque power, and positively shines.” – Blues in Britain

ABOUT THE JEZEBEL SEXTET

With over 15 years experience on the live circuit, The Jezebel Sextet has worked with singers such as Mudibu (JP Bimeni and The Blackbelts), Sir Joe Quarterman (Free Soul), Rev Chunky (The New Mastersounds), Liz Swain (Heritage Orchestra), Paris Ruel, Sulene Fleming (Brand New Heavies) and Randa Khamis (Freestyle Records). They’ve played all over Europe and been featured on BBC 6 music and LBC radio. They appear on Freestyle Records’ Fresh Out The Box compilation and released their debut album Lift It Up in 2012 produced by Leigh Gracie (Speedometer).

Tickets for this concert are £20 in advance/£25 on the door.